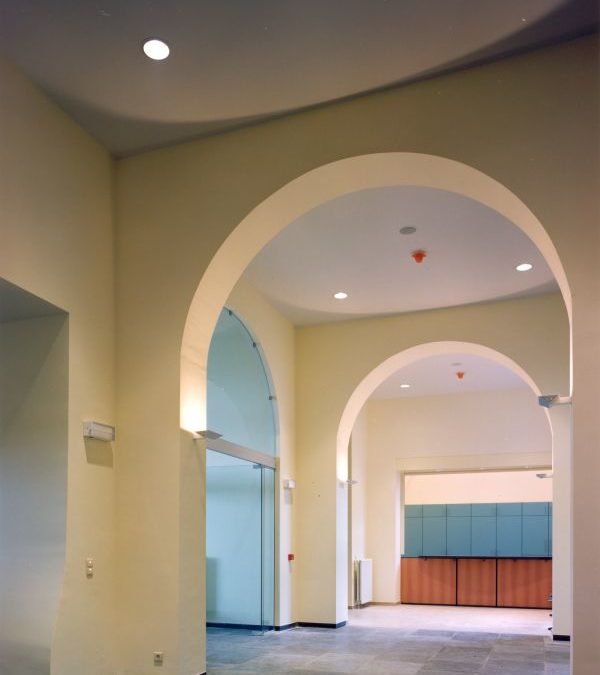 Storme Van Ranst, a firm of architects in Antwerp, has created a new future for two historic buildings.The first, a Cistercian abbey whose history dates back to the 13th century, has been transformed into a new municipal administrative centre. The original architectural character, which was a cross between a fortified farmstead and a monastery, with its well-known façade, has not been disturbed. The architects have created clarity though : all the small additions over the centuries have been removed to form new, bright and pleasant spaces. This has restored the building to the functionality and versatility that it had in farmer times. With its carefully renovated façade and the re-landscaped box garden this building is now an ideal meeting-place for local people and the local authority.

In the second project the architects have restored a whole neighbourhood of social homes in the Art Deco style dating from the 1920s and 1930s which no langer complied with today’s residential standards. Acknowledging the original architecture and respecting the architectural links that forge the various streets into a whole, the architects have renovated these ‘apartments’  to create new residential units with more light and space and all modern conveniences. Thanks to this approach  they have managed to reconcile the area’s ‘residential  character’  and the colours and fragrances of ‘Una Giornata Particolare’ with its contemporary residential function’