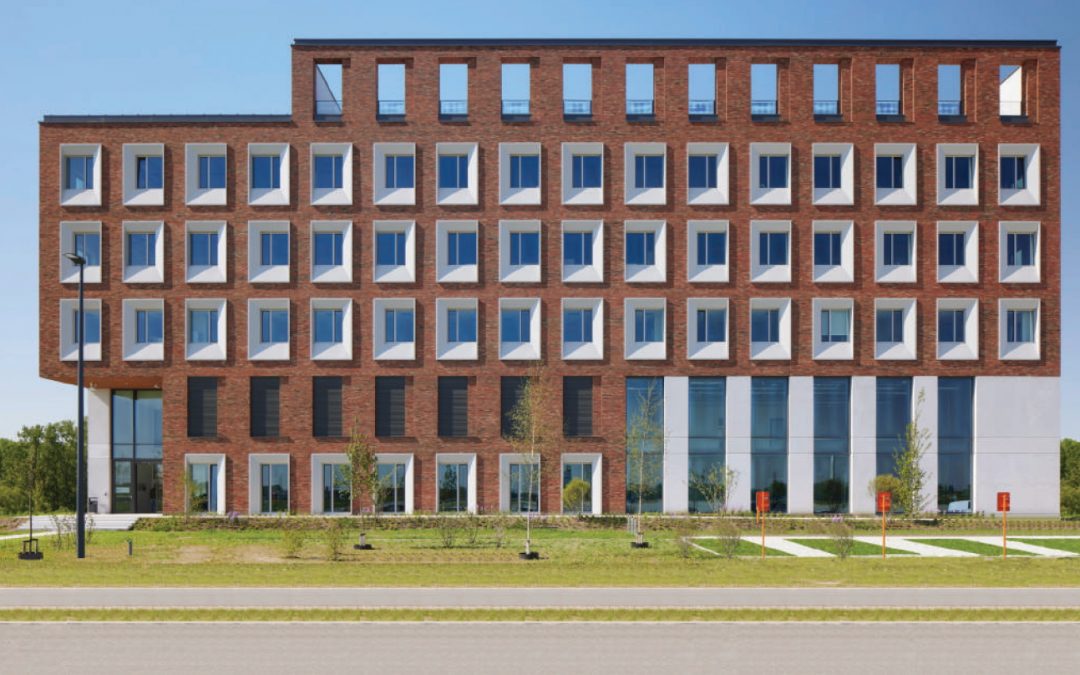 In the fast-growing Tech Lane Ghent, a cluster focused on knowledge industry to the south of the city, SVR-ARCHITECTS designed ‘Capture’, a new research and incubator building for Ghent University [UGent] and its Incubation and Innovation Centre [IIC]. The labs where more than a hundred employees will aim to find ground-breaking, environmentally friendly technologies are no longer hidden behind closed doors. On the contrary, the new accommodation for these international talents is literally transparent inside & out. In the wide stairs and attractive meeting areas, they inspire each other to push new boundaries. There are views everywhere, from the labs to the offices, over the high pilot hall, to the green surroundings. Space and light inside, greenery and tranquillity outside. The architectural design shows five work floors. On the roof, the facade, which turns into an apparent sixth floor, surrounds the technical areas so that these merge imperceptibly into the building volume. An extra half floor at ground level houses storage spaces and a bicycle shelter.

At the front, facing north, are the laboratories and a huge technology hall rises at double height for large test installations. High windows allow passers-by to catch a glimpse of what is happening here. The offices with communication zones and quiet ‘focus’ zones and the large, inviting meeting space are oriented to the south.

Due to its rectilinear rhythm and sober materials, the building has a Scandinavian character. It could have stood as a renovated warehouse in Stockholm, or among the modernist buildings along the estuary in Copenhagen. The sleek facade surface in earth-coloured brick is punctuated by vertical elements in white concrete and the striking window units in silk-grey aluminium. They bring the facade to life and give it that unmistakable character with which the building itself tells passers-by that something new & exciting is about to happen here.