At the Office, at home 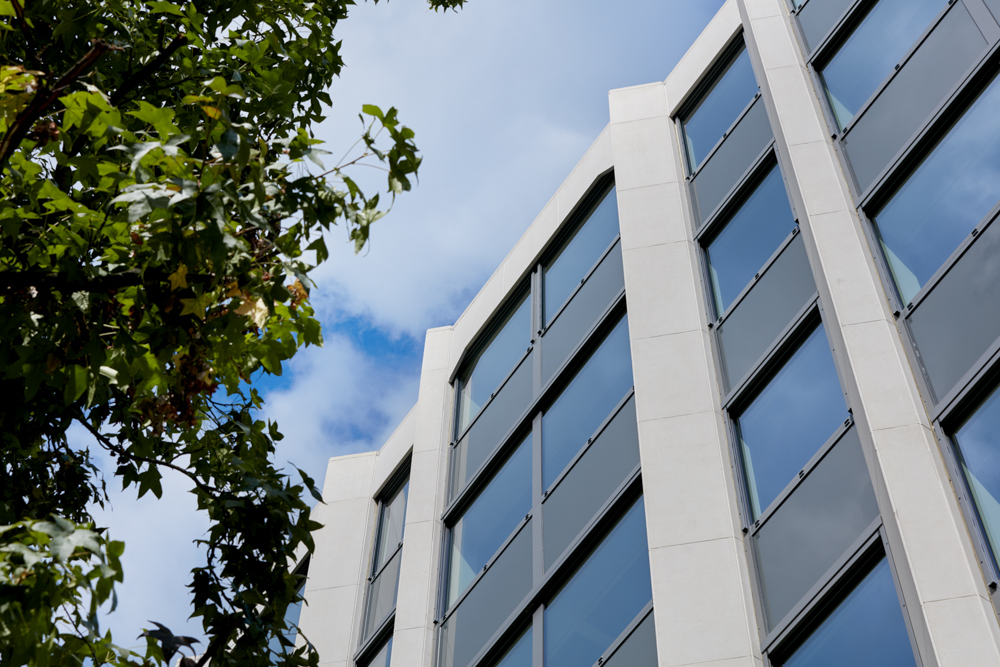 Fluxys is a major player in the field of natural gas infrastructure in Europe and earlier this year was confirmed as Gas Storage Administrator of the Year in Vienna. For Fluxys SVRARCHITECTS re-configured three separate buildings into a new whole. Employees find their new workplaces have a very homely touch in this complex of buildings. Intriguing use of space and light, warm materials and views of nature have converted these 1980s office buildings into a fresh and inspiring biotope with approximately 800 new workplaces.

Fluxys, which focuses on the transportation of natural gas as a key element in the energy mix of the low carbon economy of the future, devoted much attention to ergonomics.

The office has as much as possible the feeling of a home.

Externally the French sandstone façade was comprehensively renovated, and the brown windows, typical of office construction in the 80s, were replaced by light-coloured aluminium ones. As a result the façade is less ‘fussy’ and exudes more class.

With this renovation for Fluxys, realized on-time and within budget, SVR-ARCHITECTS created a refreshing workplace of 6,500 m² (gross), with underground parking in a much-soughtafter location in the centre of Brussels.