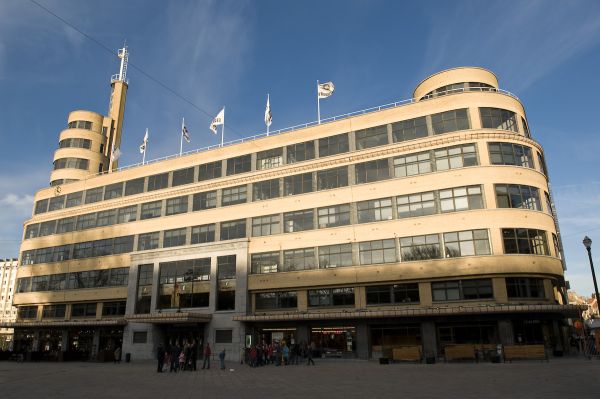 In Brussels, the architectural firm Storme Van Ranst has played its part in the renovation of the well-known Flagey building, an outstanding example of Art Deco architecture. After a history of glory and then decline, this unique patrimony was saved  by a collaboration between private companies and public authorities. The original designer was the Belgian architect Joseph Diongre.

Because his design reconciled rigorous acoustic technical requirements with innovative architecture, his competition entry was awarded first prize by a jury that included Henry van de Velde and Victor Horta.

Respect  for the original  architecture and optimisation of the existing infrastructure with regard to light, space and comfort were the starting points for the renovation. Together with Samyn & Partners and Archi+I, Storme Van Ranst architects began the meticulous ‘re-construction’ in close consultation with the Royal Commission of Monuments and Landscapes. The building owes its nickname ‘Packet Boat’ to its shape, which in many respects resembles a ship.

Jewels in the crown are the legendary music studios, including Studio 4 which has been refurbished and restructured to seat 900. The purely cultural purpose of the building has been expanded to a new, multifunctional meeting place for culture, offices, business activities and catering. More than 12,000m2  – a large part of which has already been let – are at the disposal of companies seeking a representative, historica! workplace in a prime location in the city.

With this ‘model initiative,’  the authorities and private investors have combined to create a solid infrastructure and thus ensure a new future for the building.