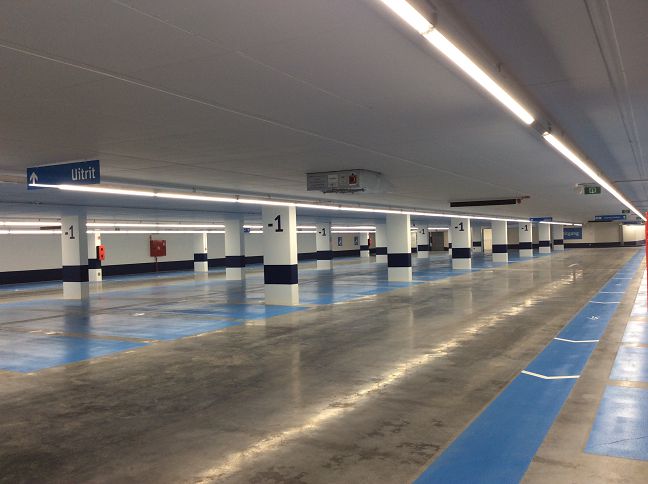 It has happened: the car park under the Grote Markt of Vilvoorde is officially opened this afternoon. The work took more than a year to complete. The  car park consists of 192 parking spaces. Nearly twice as much as the quantity before the new undergrounc car park. The garage meets the most modern needs. There are, among other things, speed gates, electric charging infrastructure and optimal wifi connection. Also the redesign of the Grand place is almost a fact. By the summer should the market as good as fully finished.