“This invites you to give birth” 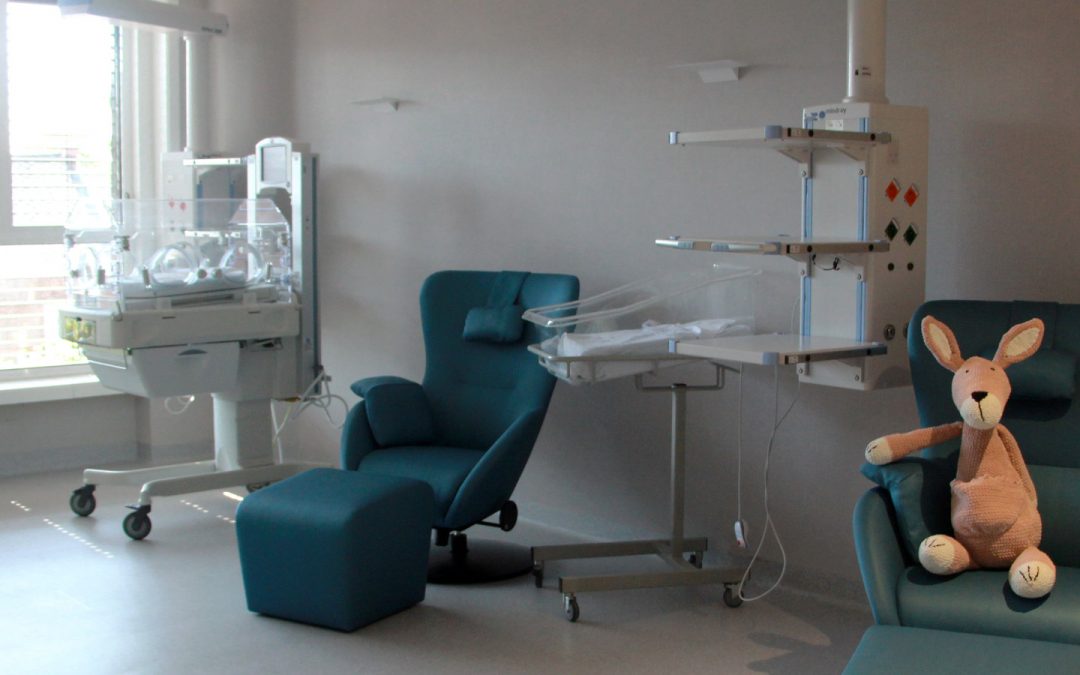 The Lierse Heilig-Hartziekenhuis received many enthusiastic reactions from visitors on Saturday when the renewed maternity was presented. The “mother and child unit” also received a major and much needed upgrade. “The only things that have been preserved are the walls,” says gynecologist Sabine Dobbelaere.

The maternity of the hospital was very outdated. SVR-ARCHITECTS started renovations in April 2017. In the first phase, the delivery room and part of the living rooms were renovated. In the meantime, the second phase has also been completed and the entire department has now been completely renewed. “It has been an intense period of renovations,” says care coordinator Brigitte Reyntjens. “We are therefore very happy and proud to be able to show the work delivered to the outside world.”

The new department is a lot bigger than the old one. “We have five fully equipped work and delivery rooms, which have doubled in surface area. We have tried to make it as homely as possible and to put away all technical machinery. Birth is a happy event and we still think it is an honor to be able to give birth to a child, “says gynecologist Sabine Dobbelaere.