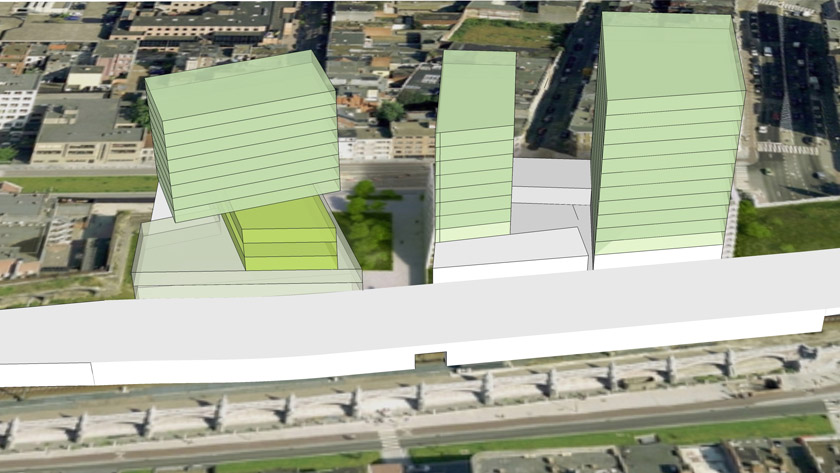 The Kievit II urban project extends from Antwerp Central Station, between the railway bed and the Van Immerseelstraat, to the Van de Nestlei. That area is approximately 2 hectares. Following on from the station, an abandoned railway infrastructure will be transformed into an international reception location with respect for the surrounding residential areas. The urban renewal in the Kievitwijk consists of, among other things, houses, offices and public functions.
The passage under the tracks on the other side will be limited by Building Block II b with offices and houses, based on a design by SVR-ARCHITECTS. The realization started in the summer of 2016.