Life on the esplanade 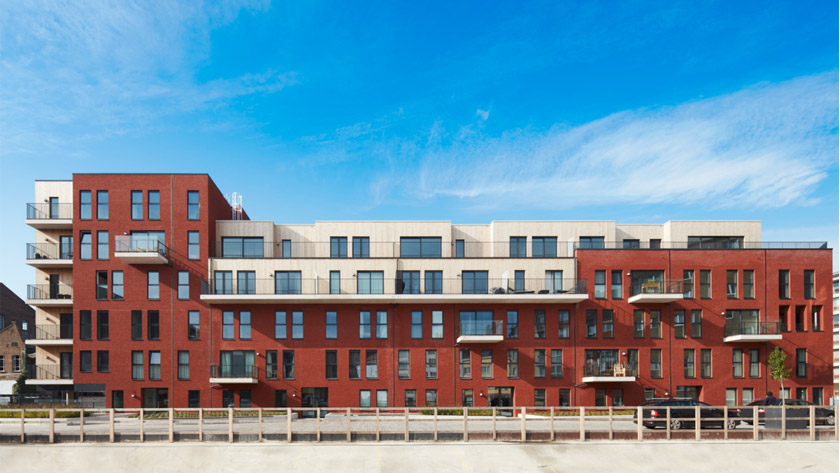 In Mechelen, on the former station site where the first three trains arrived from Brussels on the fifth of May in 1835, SVR-ARCHITECTS designed the “Stephenson” project. Named after the inventor of the steam-engine, there now stands a refreshing building with 42 apartments, of which 3 are penthouses, with modern design to a high specification. Spaciousness, view, light, perspective, discretion and comfort were carefully combined.

The inventive architecture, which makes comfortable living in the center of town possible, began with a concept which encompassed the external space as well as the internal spaces. This resulted in the esplanade over the whole width of the square which welcomes dwellers and visitors alike.

The irregular variation of recessed and projecting balconies and the creative use of glass, concrete, aluminium and wood create a playful relief in the façade.

Internally the apartments are bright and clear. Multiple use of glazed planes, spacious balconies and light tones of white give an open and transparent feeling.

The wide corridors and entrance halls contribute to this effect, but it is the carefully thought-out integration of living room and open kitchen which especially further this aim. They create after all the distinguished atmosphere of a really modern dwelling.

In short, the “Stephenson” project offers by way of its exceptional architecture not only an added dimension for the dwellers but also for the urban context wherein it thrives.